Mystery of the Missing Monarchs

In their next adventure, the Geeky Fab Five discover a hidden garden filled with Monarch butterflies and honeybees.

While the girls are learning in science class that Monarchs and bees are becoming endangered, something threatens their secret butterfly garden behind Earhart. To solve the mystery, Hubble the GFF mascot (and ever-so-curious cat) discovers a secret that gets him catnapped! In a race against time, the girls must rescue Hubble, save the garden, and solve the mystery of the missing Monarchs.

What people are saying about Mystery of the Missing Monarchs …

I ordered sets of both titles in this series and saved them to use with my 2nd grade classroom until the end of the year. I counted on using the books as a resource for problem-solving based learning that incorporates STEM. My students, took a different turn, however.

As an example, I gave my students an assignment to choose which character they most associated with themselves and write why they chose that character. My most memorable response came from a boy! (This is a book with mainly female characters.) He wrote, “Everybody knows my animal instincts make me like Marina!” Further evidence that the students connected with these characters was revealed on a bus trip to see a play adapted from the Junie B Jones series (another strong character.) On the bus ride back to school, a student (another boy) said, “I wish they’d make a play about the Geeky Fab 5!” I’m beginning to think my boys have crushes on these characters!

I also used the books to develop skills for reading graphic novels. We studied the different types of “balloons” for speaking versus thinking and the different fonts used and what they might mean. We talked about what story details we have to pick up from the illustrations because those details aren’t written down. My end of year second graders handled this material beautifully, even though the books are written for about 3rd or 4th graders.

Finally, the butterfly topic was spot on for 2nd graders since that was a topic of study earlier in the year. By revisiting the topic later, in a story format, rather than a non-fiction format, I saw my kids bring in their own expertise alongside Lucy, Marina, Hubble and the rest of the Geeky Fab 5!
– JLaird (Amazon.com)

This was such a fun read! My 9 year old said that learning more about nature and pollination was why he liked it, and his 11 year old brother thought saving the planet and the funny cat were the best parts. Never giving up is a great lesson for all of us. Already pre-ordering the next one in this series! Thanks Geeky Fab 5!
– Susanne (Amazon.com)

I absolutely loved the drawings in this book because of their cartoon-like execution. They really exemplified the girls and their mission to save the bumble bees and Monarch Butterflies from extinction. They are found by the local news and when they discover a secret garden filled with bees and monarchs, their lives are changed forever. Their sidekick cat, goes out and searches the garden but then later discovers the real reason the bees and monarchs disappear, he gets catnapped and it’s up to the 5 girls to rescue him. This was such an enjoyment and delight to read and I know our young readers will go crazy for this.

We will consider adding this title to our JGraphicNovel collection at our library. That is why we give this book 5 stars.
– Meghan (GoodReads)

When it comes to graphics for a comic book, I’m always picky but when I saw this come up on my recommend page, I was kind of not sure about requesting the book, but I did anyway because I’m all for reviewing books for kids. I just wanted to say I really enjoyed this. the graphics are amazing and the storyline for the geeky fab 5 is amazing. I’m all for the power of girls and not backing down when someone says no. Glad to see one that is for kids.
– Tammy Kelly (GoodReads)

Continues the story of these five friends. This time they’re trying to protect a monarch garden from a developer building a convenience store. The protect the earth theme comes through clearly. Plot is predictable but the characters are likeable. The scenes and people are well drawn.
– Pam (GoodReads) 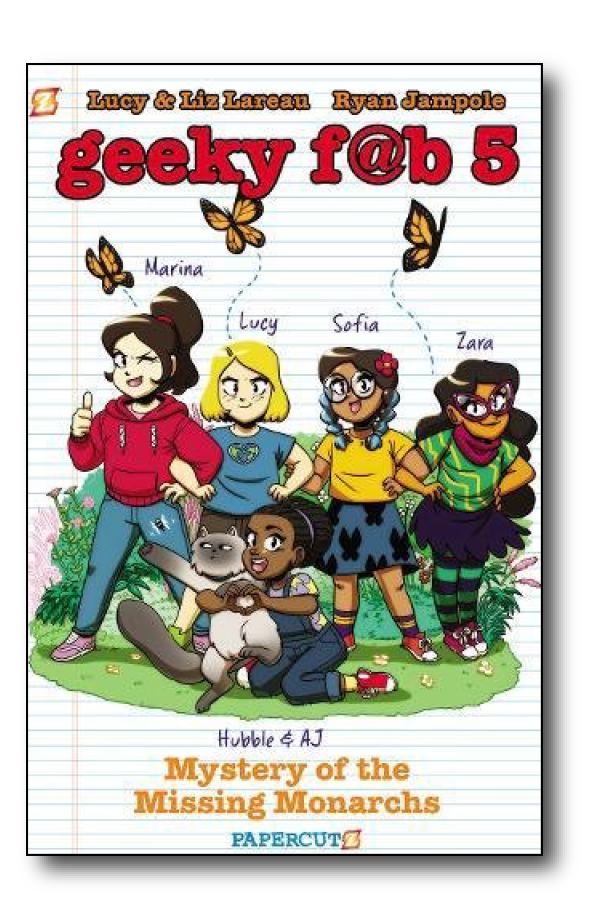 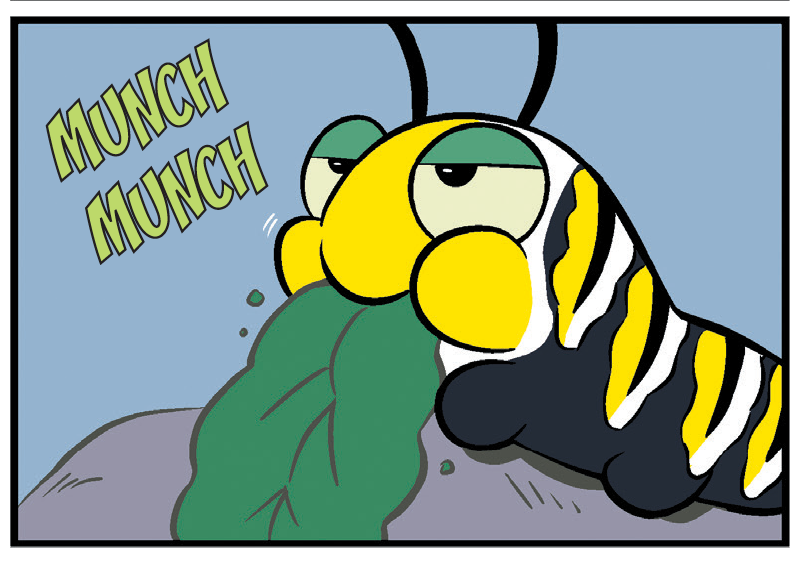 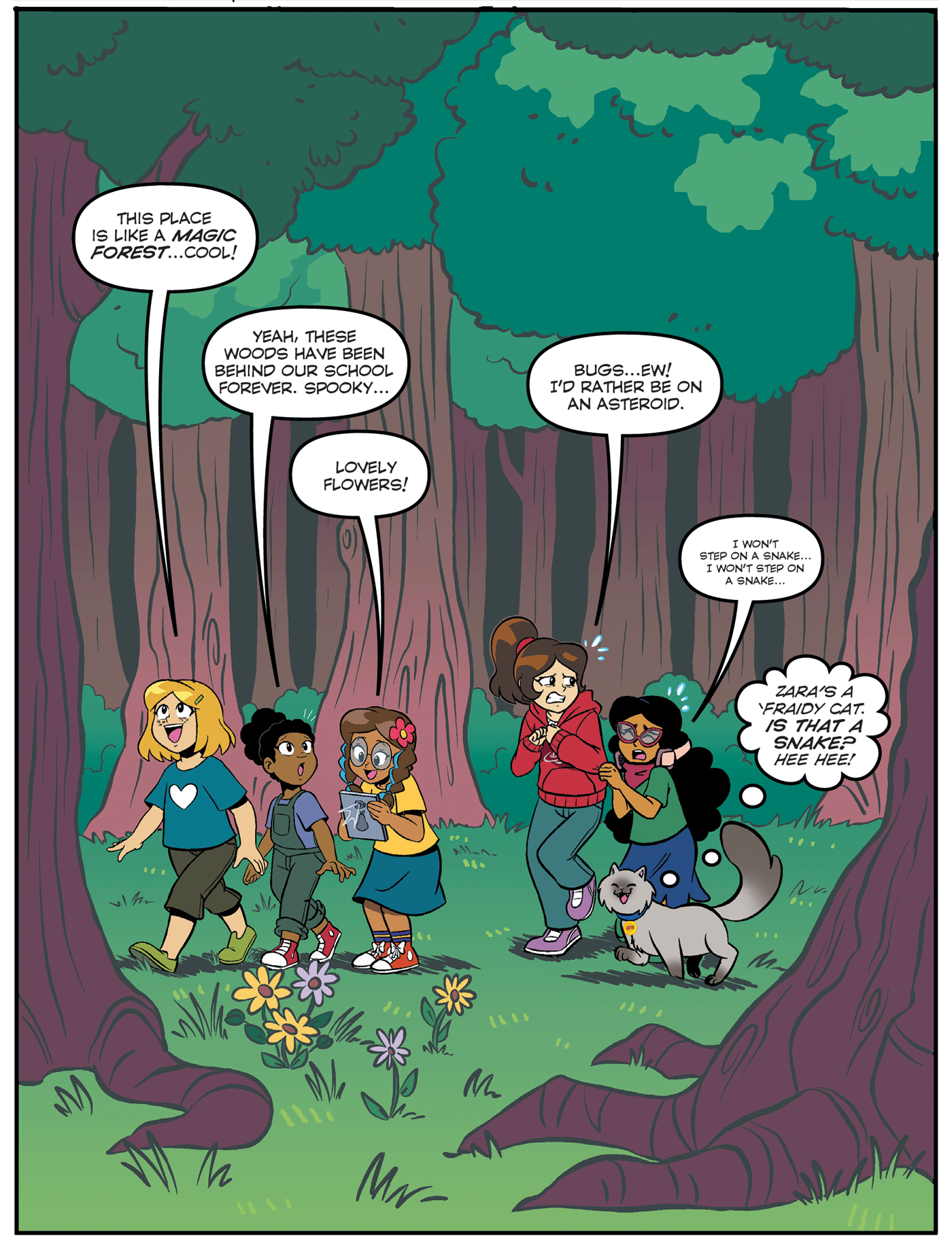